While he has always ruled hearts down South, Allu Arjun started doing the same pan-India after the stupendous success of Pushpa: The Rise. He is also known for his stylish appearances and considering that he has now marked his presence globally, the actor has now become the cover of the popular magazine India Today. 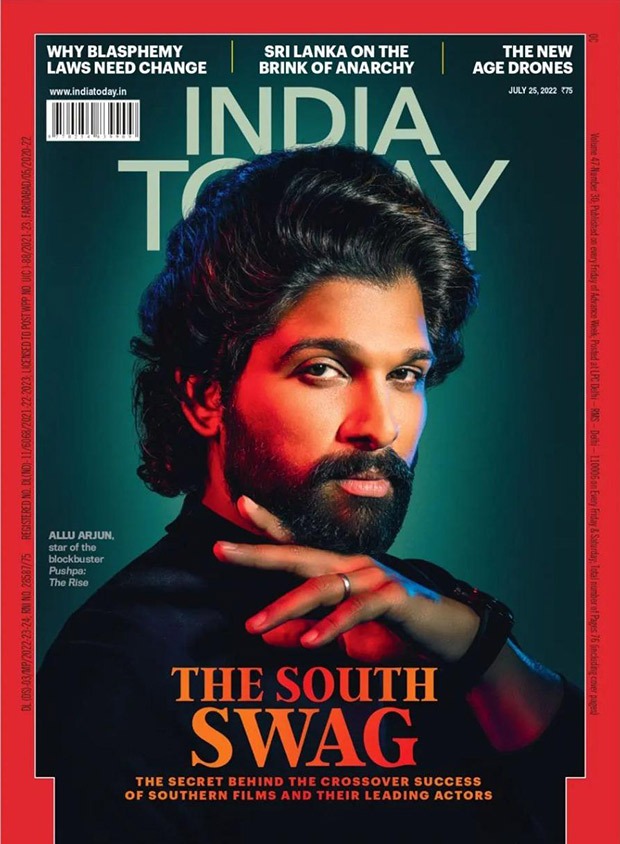 Allu Arjun recently appeared quite dapper in his well-suited avatar on the cover of India Today. What piqued interest was the title given to the star as the cover referred to him as “The South Swag”. The actor was seen posing in his signature Pushpa Raj style on the cover. From his Pushparaj swag to signature dance steps, a lot of aspects of the film became quite popular among fans. Allu Arjun shared the cover on his Instagram handle; here have a look:

While recalling the story from the making of the film, Allu Arjun shared some interesting details with the magazine. He said, “Sukumar Garu said, I don’t know what you do, but everybody has to walk like you.” Did you know? Allu Arjun came up with the sloping shoulder convinced that it would be “easily imitable”.

He went on to add, “The idea wasn’t to impress the whole country but it was a great by-product. If your local audience is impressed, then automatically the energy transfers and the aura spreads.”

Speaking about Pushpa: The Risethe film also starred Rashmika Madanna, Fahadh Faasil, Anasuya Bharadwaj among others. Directed by Sukumar and produced by Naveen as well as Ravi Shankar, the multi-lingual was released on December 17, 2021, in Hindi, Tamil, Malayalam, Kannada, and Telugu. From the music to the film, in itself, it broke several records and managed to become one of the biggest hits of the year. Post the success of the sequel, rumour has it that the makers have started working on a sequel too.