Over the first half of 2022, various automakers quietly discontinued vehicles in South Africa. Let’s take a closer look at the dearly departed, some of which you may not have noticed is no longer available new. 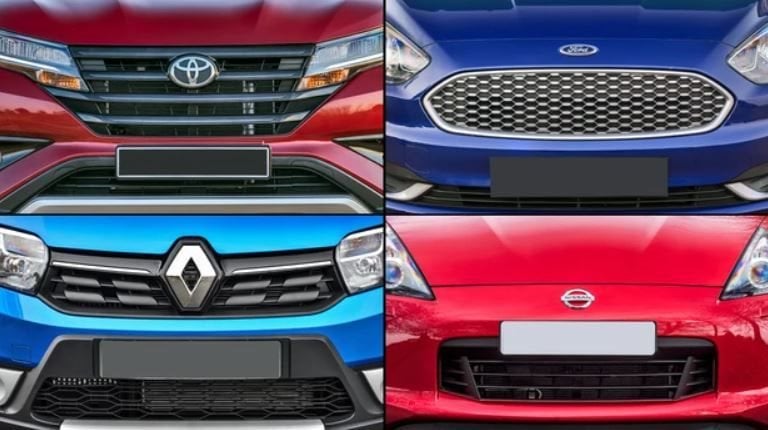 When a given vehicle is discontinued in South Africa, its manufacturer understandably seldom makes a song and dance of it, instead preferring to let the nameplate quietly slip from the market’s memory. But we’ve been keeping tabs on the local automotive landscape’s comings and goings, allowing us to compile the list of dearly departed you see below.

Of course, we should point out we’ve concentrated on instances of entire model ranges being scrapped, choosing to ignore (for now, anyway) single derivatives that have been removed from their respective line-ups. Let’s take a closer look, in alphabetical order. Earlier in 2022, Nissan ended production of its Datsun products in India, effectively scrapping the budget brand for the second time in its 91-year history and spelling the end of the line locally for the Go hatchback and Go+ MPV. With run-out stock seemingly depleted, the two Datsun products are no longer available new in South Africa. For the record, the four-strong Go range had been priced from R184,600 to R213,800, while the three-variant Go+ line-up had run from R194,700 to R223,800. Back in March, Ford Motor Company of Southern Africa confirmed to Cars.co.za the Fiesta hatchback had been discontinued locally. The seventh-generation version of the once-popular supermini touched down on local shores in mid-2018, while the facelifted model debuted on the global stage in September 2021. However, the Blue Oval brand opted not to bring in the refreshed Fiesta, with stock of the sixth-gen model seemingly running dry by the end of the first quarter. The Figo soon followed the Fiesta, leaving Ford’s local line-up devoid of hatchbacks (with the only passenger car still available being the Mustang). From what we understand, production of the second-generation Figo at the company’s Chennai and Sanand factories in India ceased towards the end of 2021. With no replacement on the cards, Ford Motor Company of Southern Africa had zero option but to remove the Figo (which was available in sedan and hatchback body styles) from its portfolio. It was a long time coming, wasn’t it? After nearly 13 years on the market in South Africa, the naturally aspirated Nissan 370Z was quietly put out to pasture at the start of 2022. Introduced locally in mid-2009 as an evolution of the 350Z, the manual version of the 370Z cost R499,000 at launch, a figure that climbed to over R700,000 by the time its run was over (with a few updates along the way, of course). Unfortunately, that appears to be the end of the line for the badge in South Africa, as Nissan SA seemingly has no intention of bringing in the latest Z. By the time May 2022 rolled around, Nissan had also canned the NP300 Hardbody. Since the Japanese firm’s Rosslyn factory had started building the refreshed D23-generation Navara – including single-cab workhorse derivatives – Nissan opted to end production of the long-in-the-tooth Hardbody. Back in 2018, of course, the bakkie scored zero stars for safety in its Global NCAP crash test, prompting calls for the ageing bakkie to be pulled. Four years later, that eventually happened. Introduced in South Africa in September 2019, Peugeot’s little 108 – which was developed alongside the Citroën C1 and Toyota Aygo – hardly set the local sales charts alight. Still, it made a strong argument for itself in the A-segment, offering high levels of safety equipment for this class of car (including 6 airbags and electronic stability control) and a lengthy 5-year/100 000 km service plan. However, with production having since ceased, this budget-friendly five-door hatchback was officially discontinued in SA at the start of April 2022. Over the years, the second-generation Renault Sandero gained quite a following in South Africa, with local buyers appreciating its competitive price, plentiful interior space and efficient engine (a tiny turbo-triple shared with the Clio IV). When the third-gen Dacia-branded version debuted overseas late in 2020, we expected it to eventually find its way here, though again wearing a Renault badge. However, that didn’t ever happen, with the French firm’s local division instead opting to bring in the Indian-built Kiger. Stock of the outgoing Sandero had run dry by February 2022. The second-generation Avanza proved a strong seller for Toyota, despite (or perhaps because of?) its fairly agricultural underpinnings. With its engine up front but drive directed to the rear wheels, the Daihatsu-developed Avanza was offered in seven-seater MPV form as well as in panel-van guise. Despite a third-generation version being revealed towards the end of 2021 (and switching to a front-wheel-drive platform), Toyota South Africa Motors instead chose to ditch the Avanza in favour of the front-wheel-drive Rumion … which is, of course, based on the Suzuki Ertiga. While the 76 station wagon and 79 bakkie are perhaps the best-known models from Toyota’s Land Cruiser 70 series range, a third family member exists. Yes, after a hiatus of nearly six years, the Land Cruiser 78 – which is affectionately known as the Troopy (short for Troop Carrier) in some circles – returned to the South African market in February 2021, though on a customer order basis only. However, right at the start of 2022, the 78-badged model disappeared from Toyota’s local pricelist and website. Remember the Daihatsu Terios? Well, Toyota offered a rebadged version of the third-generation Terios called the Rush, and it debuted in South Africa in mid-2018 (interestingly, in 5-seater guise only, rather than with seven seats as in many other markets). Like the aforementioned Avanza with which it shared its underpinnings, it sported a front-engine, rear-wheel-drive layout. However, production of the Rush has seemingly ended, leading to its disappearance from Toyota’s pricelist by April 2022.

This article was originally published on Cars.co.za.