Anil Kapoor celebrated India’s 76th Independence Day in style as he dropped a video of him sprinting with the Tricolour in his hand. The Jug Jugg Jeeyo star also penned a heartfelt note to mark the occasion, mentioning that we’re marching ahead with our heads held high. His post received a trail of reactions from fans, with many calling him an inspiration. Anil’s daughter Sonam Kapoor, Masaba Gupta and several others also reacted to his post.

Taking to his Instagram handle on Monday, August 15, the superstar shared a video of him running in a field while holding the National Flag in his hand. One can also hear a rendition of Vande Mataram playing in the backdrop. In the caption, he wrote, “75 years of Indian Independence!!! Marching ahead with our heads held high! Jai Hind. (sic)” 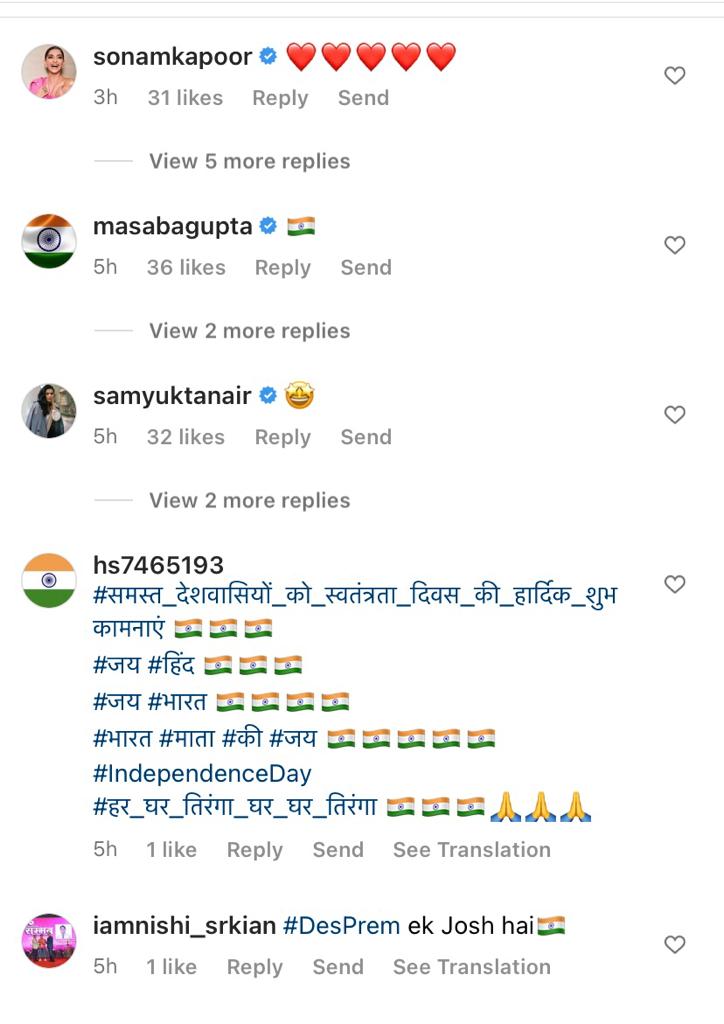 Anil’s family drama Jug Jugg Jeeyo has been set for another theatrical run in the country on the 76th Independence Day. Directed by Raj Mehta, the film also starred Varun, Kiara Advani and Neetu Kapoor in lead roles.  It follows Kuku (Dhawan) and Naina (Advani), a couple on the verge of divorce who pretend to be happily married till his younger sister Ginny’s wedding festivities are completed. When Kuku’s father unravels his relationship woes, a major drama unfolds.

Anil will now be seen in Sandeep Reddy Vanga’s Animal alongside Ranbir Kapoor, Bobby Deol and Rashmika Mandanna. Talking about his experience of working with Ranbir, Anil told Mid-Day“Ranbir is a talented, hard-working actor who can portray the finer nuances of every role effectively.”