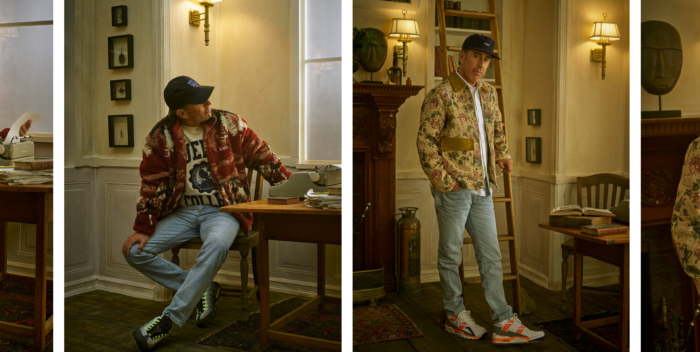 Jerry Seinfeld is not known for his fashion acumen.

The fictional Jerry is famous for maybe two gestures in that area: the Puffy Shirt which he had to wear on the Today show; and a suede bomber jacket that had a pink, striped lining that he had to wear inside out to avoid getting it wet in the rain.

Neither of these incidents went well. And neither does the real Jerry’s fashion layout for a brand called Kith. (Kith? Like kith and kin?) Jerry looks miserable in these pictures from the great Mark Seliger. Why? Because neither he nor TV Jerry would ever wear this stuff. The whole shoot looks like a set up for an episode.