In a recent event attended by Uorfi Javed, the reality show contestant expressed her displeasure with the media and angrily lashed out at them for commenting on her clothes. The media questioned her about her look when she attended the launch event of Sunny Leone and Remo D’Souza song ‘Naach Baby’ in a backless olive green dress, representing her unique style. However, when the actress was seen in a much subtler outfit at the recent Jhalak Dikhhla Jaa bash, that didn’t match her usual dressing sense, the media questioned her regarding it. However, it seems that it irked Uorfi, who later lashed out at the media stating that they don’t respect her even when she treats them with respect. 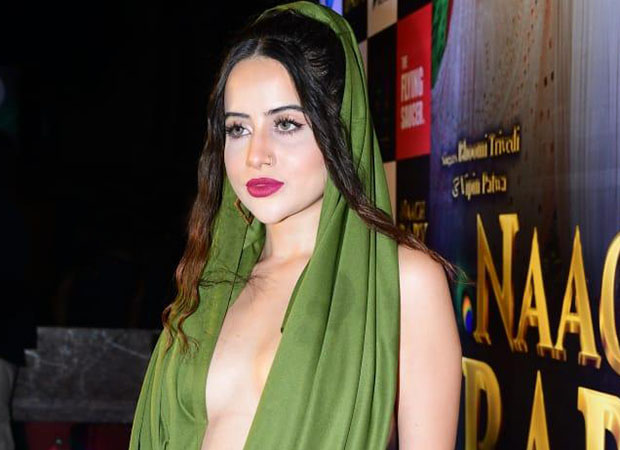 In a recent video, where Uorfi Javed was seen posing for paparazzi at the Sunny Leone event ‘Naach Baby’. She said, “Guys I am not coming here for this. Tumhein agar comment karna hai na toh apni girlfriend aur maa-behen ke ghar pe jaake karo. Mere kapdon pe koi comment nahi karega. (If you want to comment, go to your girlfriend or mother or sister’s house to comment on them. No one will comment on my clothes anymore.) One more comment from any one of you and that’s it. I give you guys so much respect and this is what I am getting back?”

She went on to recall about how one of the media personnel passed a comment on her clothes when she attended the Jhalak Dikhhla Jaa bash. She said, “Jab mein Jhalak mein aayi thi, tum mein se hi ek banda comment kar raha hai ki main dhank ke kapde pehen ke aayi thi. (When I attended Jhalak, one of the people from you guys, commented that I had worn decent clothes that day).”

From glass pieces to ropes, Uorfi Javed is known for her different styles of clothing and has remained to be one of the paparazzi favorites considering her unique sense of style. But it seems that the same paps ended up rubbing her the wrong way this time!

Also Read: Uorfi Javed lashes out at Mukesh Khanna after he claimed that Indian women asking for sex are prostitutes