The industry was dejected with the response to Laal Singh Chaddha last month. However, since the advance booking of Brahmastra has started, the industry has got hopeful. And now, the trailer of Vikram Vedhawhich will be out tomorrow on September 8, will give the industry the chance to celebrate once again as the trailer of the Hrithik Roshan-Saif Ali Khan starrer looks fantastic. 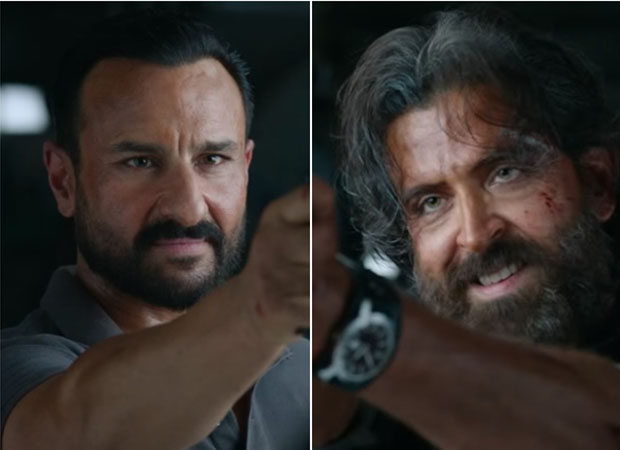 EXCLUSIVE: Vikram Vedha Trailer: After Brahmastra, this Hrithik Roshan-Saif Ali Khan starrer is sure to open in cinemas with a BANG!

The teaser of Vikram Vedha had already made it clear what the film is all about. The trailer further gives a glimpse of what one can expect from this film. As expected, Hrithik Roshan shines in the trailer. Several shots of him stand out – from asking the goons to attack after two minutes as he’s busy listening to the radio, to Hrithik jumping from a couple of floors with a sword in hand to finish off an opponent and of course, the last shot, wherein he wears the shades and coolly walks off. The dialogue pea also forms an important part of the trailer and it adds to the fun.

Thankfully, the trailer is presented in such a way that even Saif Ali Khan gets a chance to show his worth. Hrithik needed a strong opponent in such a film and Saif fits the bill perfectly. The other actor that gets screen space is Radhika Apte. Her dialogue on the encounter killings gives an idea about the morality angle that the film speaks about. In fact, the way this dialogue has been cut is seen to be believed. Hence, the trailer emerges as a stylishly edited and presented one, and will further up the hype for Vikram Vedha.

The box office was suffering as films were not even opening well. Brahmastrathankfully, will reverse it as it’s all set for Rs. 25 crores plus day 1, going by the reports. Vikram Vedhatoo, looks like a huge opener. The content has to click with both films and if that happens, the month of September will prove to be the most cheerful one in the industry in a long time!