Not too long ago we reported that Richa Chadha and Ali Fazal will be wrapping up their work commitments by the end of next week. The couple is expected to kick off their wedding festivities by September 30, followed by an intimate wedding and grand reception in Delhi and Mumbai. While there have been many updates about their lavish impending wedding, the latest update on that front is the venue the couple has chosen in Delhi. It seems that the couple will be hosting their pre-wedding celebrations in Delhi Gymkhana Club which is expected to be a rather iconic location. 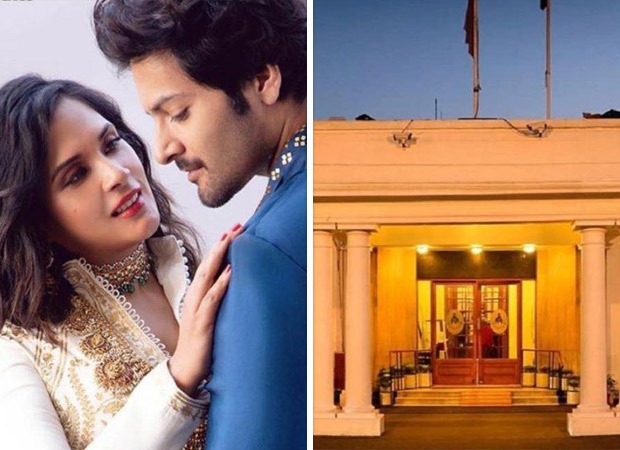 A source close to the couple spoke about the specialty of this unique location saying, “One of the places where their pre-wedding celebrations will be taking place is an exclusive and one of India’s oldest clubs, the Delhi Gymkhana Club. Established in 1913, this club is one of the country’s oldest and most exclusive venues in the National Capital. Although further details are not yet revealed, we are sure that one of the ceremonies will definitely be hosted in this venue. The club is said to have a wait list of almost 37 years for a membership.”

Speaking further about the wedding, readers would be aware that Richa Chadha and Ali Fazal have opted for the big fat Indian wedding style for their upcoming nuptials as the festivities are expected to begin by end of September and it will conclude in Mumbai at the first week of October.

Meanwhile, on the work front, Richa Chadha is currently working on the OTT magnum opus Heeramandi by Sanjay Leela Bhansali. The series is also expected to have an extensive cast ensemble. On the other hand, Ali Fazal is busy with the third season of his popular show Mirzapur, which is yet again a web series that airs on Amazon Prime. The couple is expected to join the celebrations after wrapping up their work commitments by September 24.

Also Read: Richa Chadha and Ali Fazal to wrap up Heeramandi and Mirzapur 3 by September 24; to kick start wedding celebrations from September 30