Promising to revolutionise Poland’s travel sector, and possibly even beyond, the first UKOI ‘micro hotel’ has opened for bookings in Kazimierz Dolny.

The idea of entrepreneur Bartłomiej Kraciuk and actor Nikodem Rozbicki, the 14 sq/m cabin is the first to be rolled out in a project that ultimately foresees the launch of 100 over the next three years.

Receiving guests all-year round, and priced at PLN 375 per night, the UKOI’s facilities include a bathroom, kitchenette and a double bed positioned under a huge window offering views of both the surrounding landscape and the stars above.

Speaking to TFN, Kraciuk said: “More than just Poland, we will also be looking to grow to be present in other countries.” In the process, Kraciuk and Rozbicki hope to build a tight-knit community of travellers. 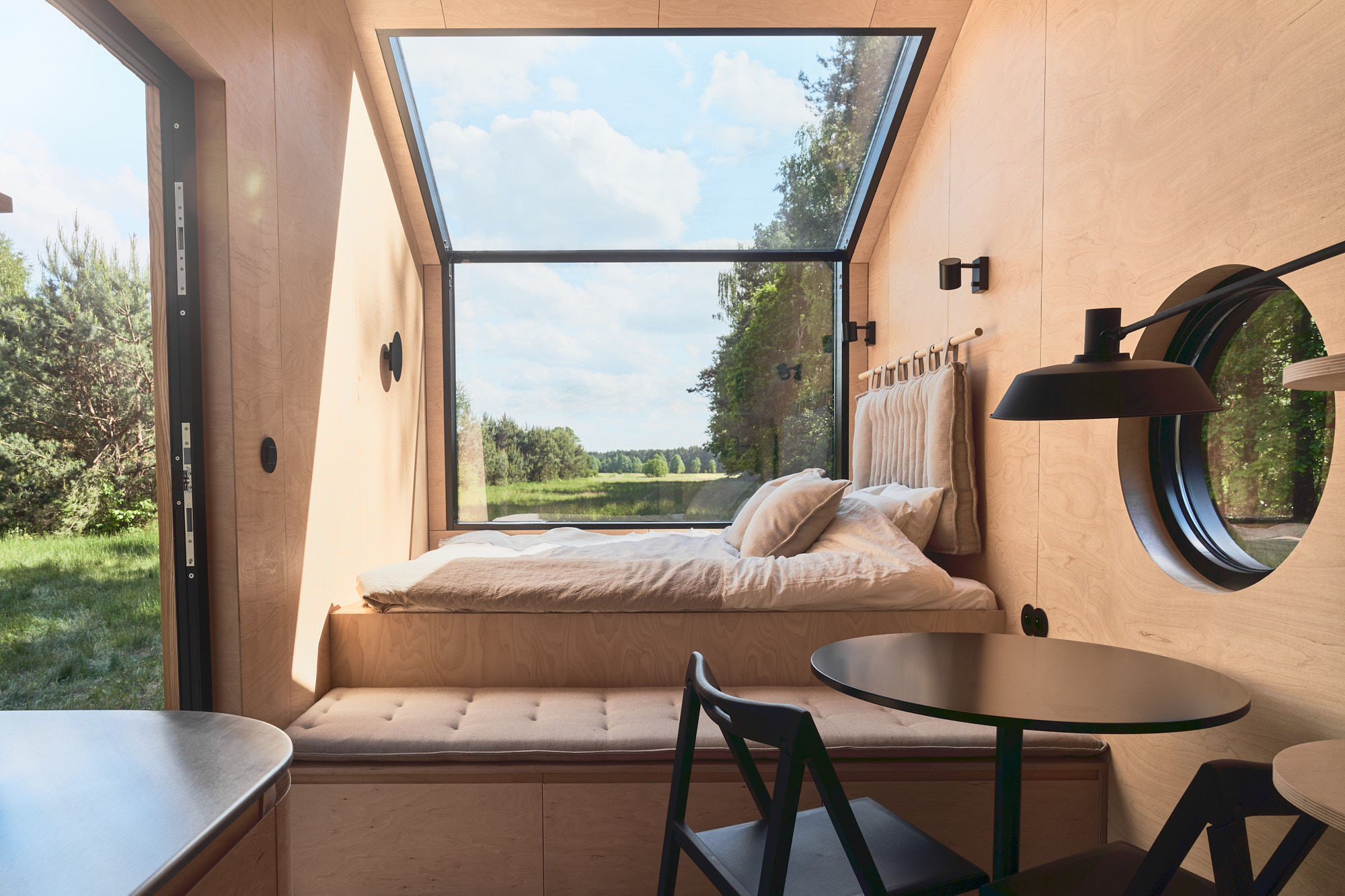 A double bed positioned under a huge window offers views of both the surrounding landscape and the stars above.Press materials

“In future, the UKOI concept will be divided into two types. UKOI Camp and UKOI Solo. The UKOI Camp will see clusters of cabins built, each placed far away enough to afford privacy, but close enough for like-minded people to gather over an evening bonfire.

“UKOI Solo, on the other hand, will see the construction of cabins in more secluded locations that will seek to restore the inner balance of our guests. Despite these fundamental differences, both will help create a unique UKOI community.”

Binding these twin concepts together has been a firm commitment to showcasing the glories of the natural world. 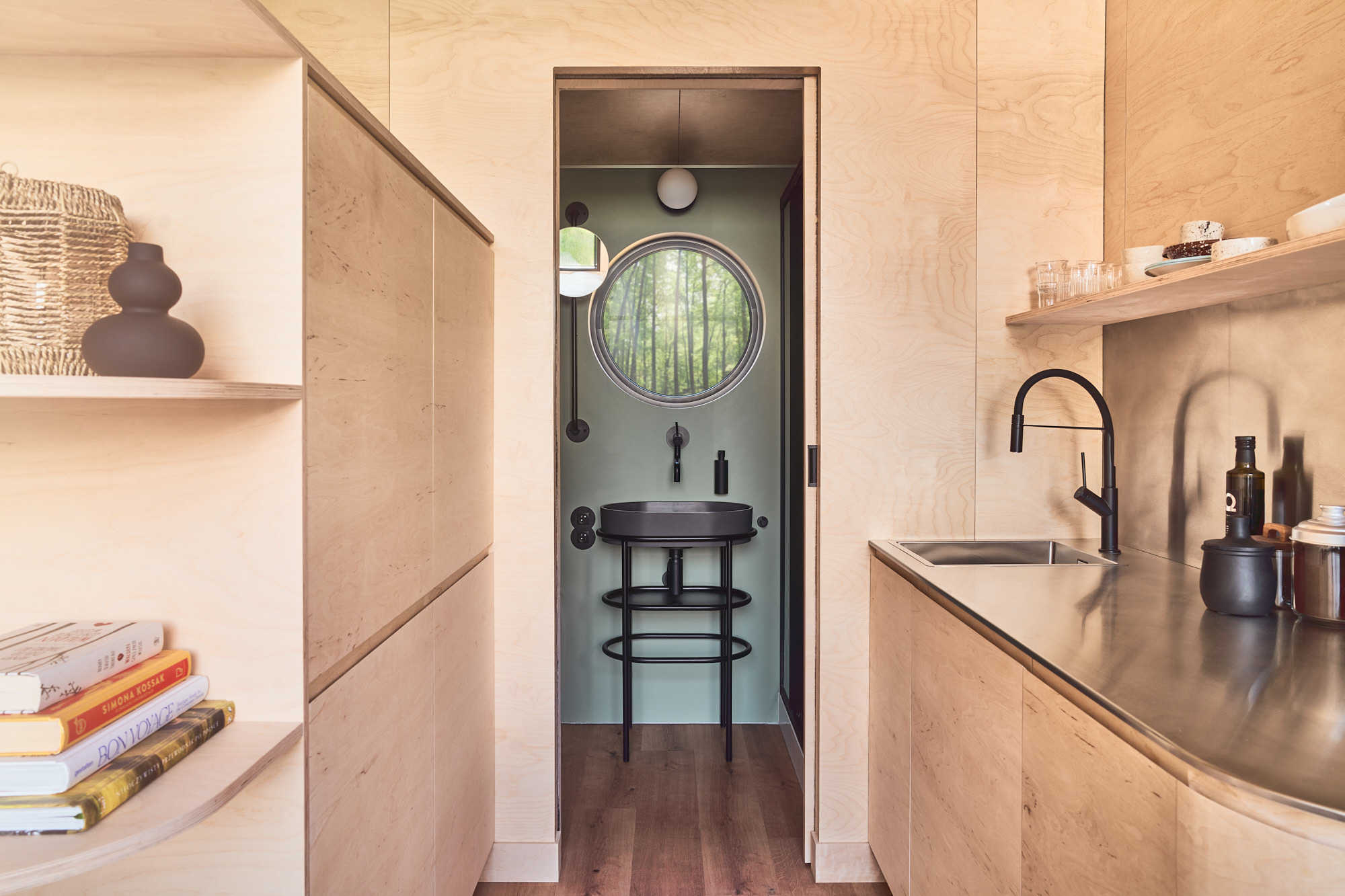 Receiving guests all-year round, and priced at PLN 375 per night, the UKOI’s facilities also include a bathroom and kitchenette.Press materials

“We describe UKOI as a ‘micro-hotel with a view of nature’, therefore all the plots we’re looking at are quiet and have beautiful views,” says Kraciuk.

Moreover, the duo are keen to highlight the importance of responsible tourism. “We want to promote sustainable travel, sustainable construction and sustainable business,” says Kraciuk.

“Where those three aspects are concerned, we firstly want to give our guests the chance to slow down. In terms of construction, we’ve been careful to work with an innovative contractor so as to reduce the amount of resources used. 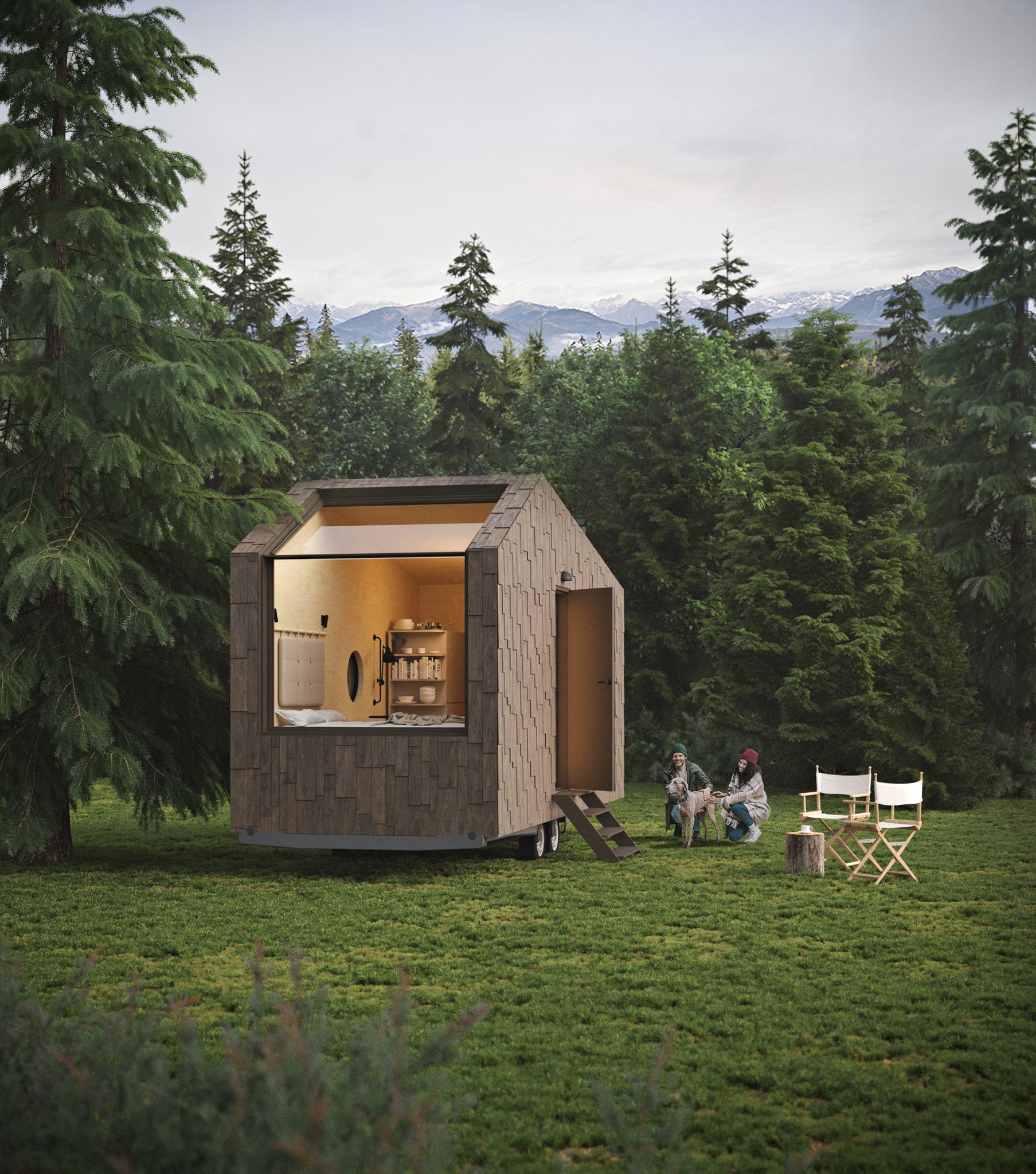 Taking 90-days to build, each cabin will follow the 3 x 0 principle: “No concrete, no bulldozers, no cutting down of trees.”Press materials

“Finally, business-wise, whilst we want to expand, we will only do so in places where we can provide an added value and make a positive impact.”

More than hollow platitudes, in this instance actions have spoken louder than words. Taking 90-days to build, each cabin will follow the 3 x 0 principle: “No concrete, no bulldozers, no cutting down of trees. We want to show you can still care for the planet while building your business,” he says.

Already widely celebrated in the travel world, Kraciuk speaks with experience on his side. Having launched the Bookworm Cabin – a tiny book-lined retreat just outside of Warsaw – Kraciuk found his pet project achieving global fame after going viral in the international press. 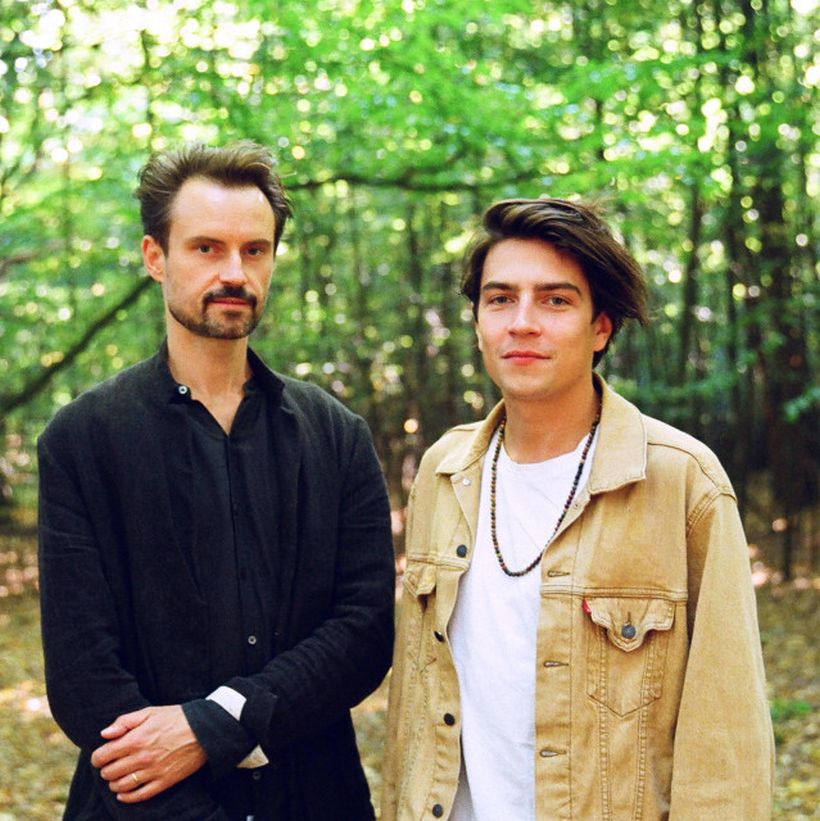 The concept is the brainchild of entrepreneur Bartłomiej Kraciuk (L) and actor Nikodem Rozbicki (R).Press materials

“What started as a small side project achieved international fame,” he says. “I think although it was such a simple idea, the thought of a secluded cabin filled with books captured the public’s imagination as well as simultaneously capturing the essence of ‘slow travel’.”

Much inspiration has been taken from the Bookworm Cabin, however, Kraciuk has finessed the idea even further. “We’ve made many technical improvements and also used smarter materials. One thing I did learn, as well, was just how much people valued the view.

“In that regard, we really went to town with UKOI – it was Nikodem’s idea for a glass ceiling above the bed, and the effect that’s achieved feels almost brilliantly cinematic.” 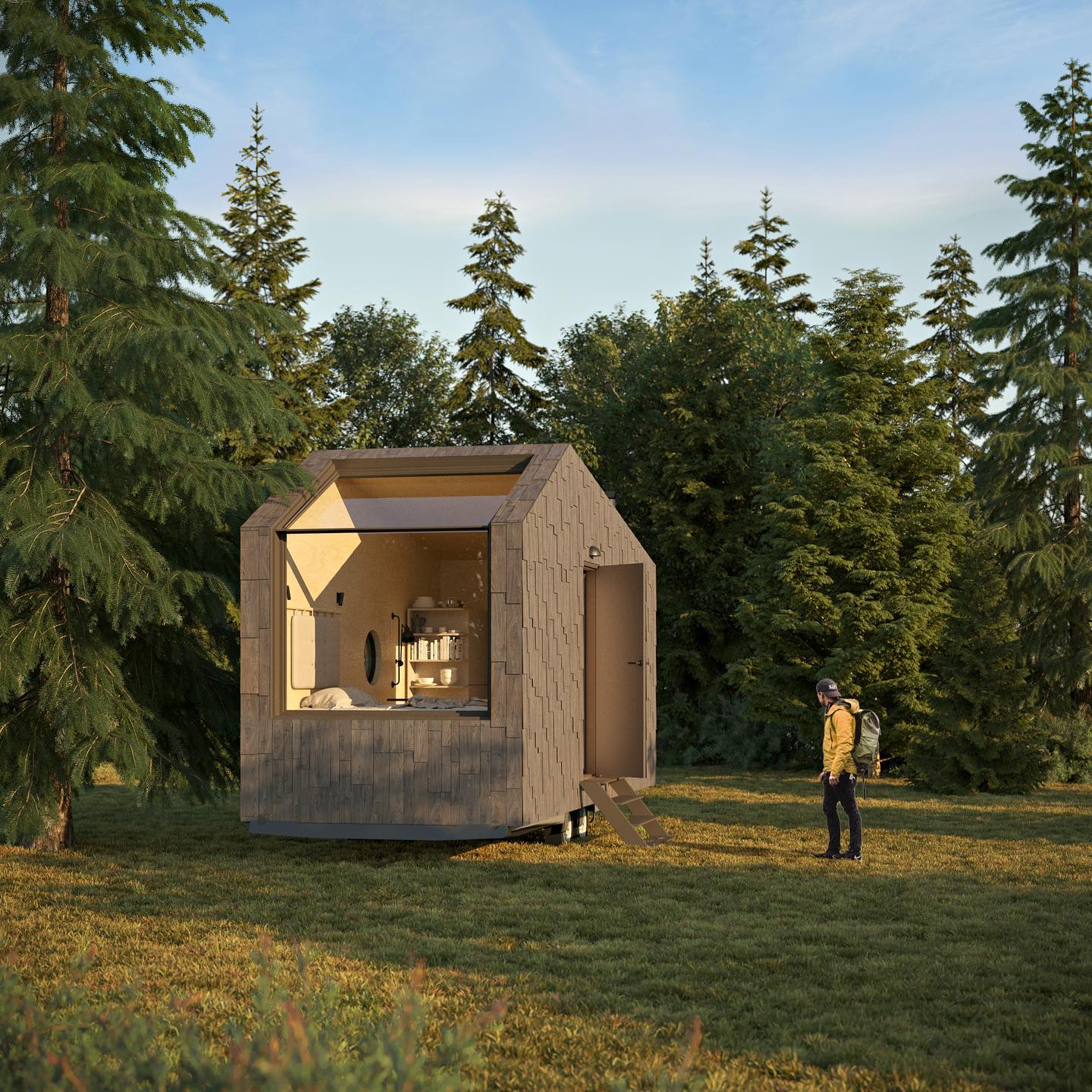 The duo are keen to highlight the importance of responsible tourism. “We want to promote sustainable travel, sustainable construction and sustainable business,” says Kraciuk.Press materials

More than just lending the project a high profile, the involvement of Rozbicki has been crucial in developing the brand. “Both he and I are very similar when it comes to creativity, but we were very clear in defining our individual roles so as to make our operations more effective,” says Kraciuk.

“A lot of great ideas have come from Nikodem, and thanks to him we’ve brought some fantastically talented people in to help us evolve even more – it’s brilliant that the UKOI story started with two friends talking over a countryside bonfire before morphing into a real enterprise.”

Though early days yet, the hype surrounding UKOI is already telling. Tapping into the public’s thirst for alternative travel, in many ways it has proved a product of the times. 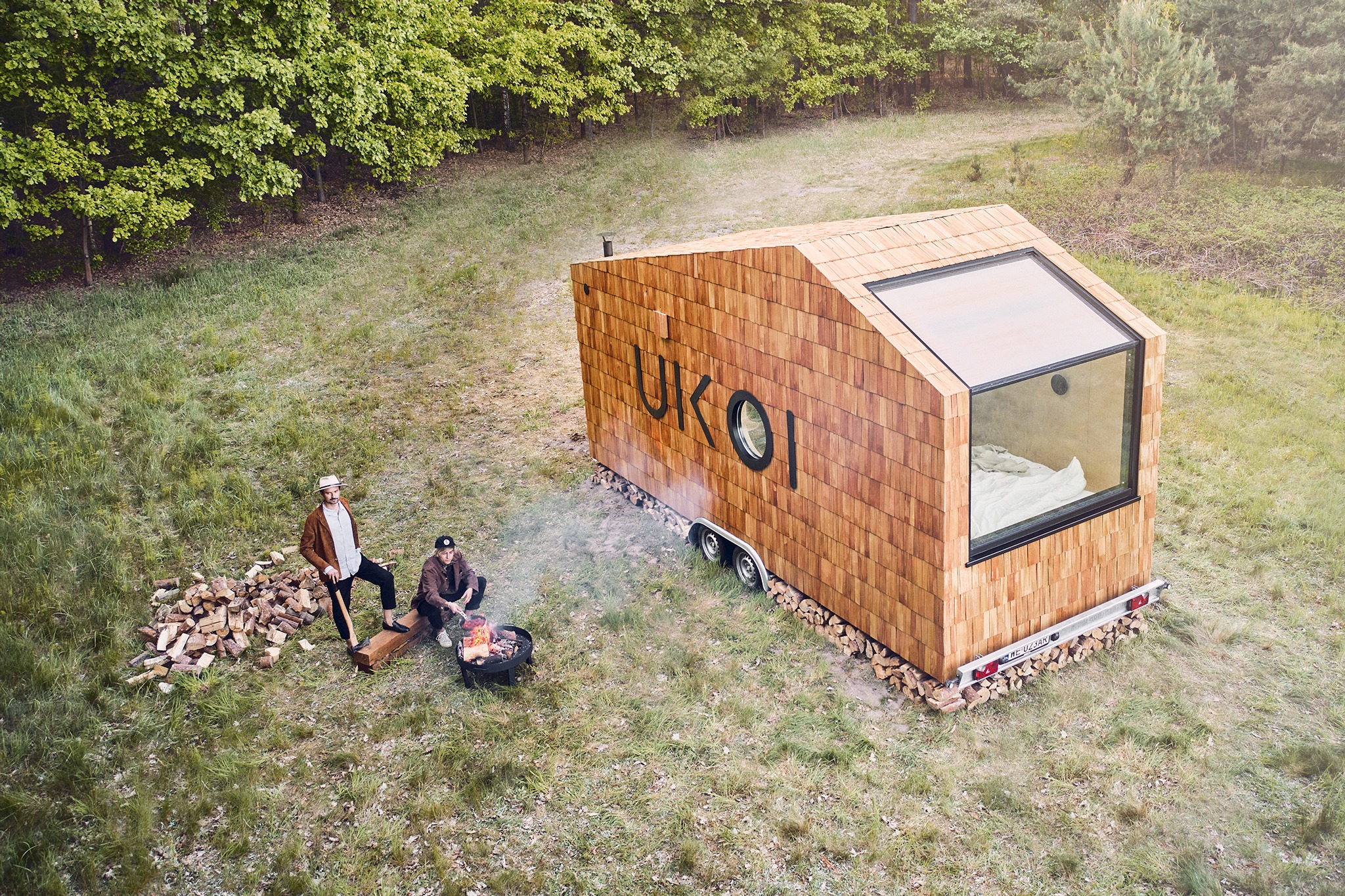 Kraciuk says: “In future, the UKOI concept will be divided into two types. UKOI Camp and UKOI Solo. The UKOI Camp will see clusters of cabins built, each placed far away enough to afford privacy, but close enough for like-minded people to gather over an evening bonfire.”Press materials

“Social life changed during the pandemic – when the hotels stood empty, our cabins thrived because they provided a safe space. There was a visible change in the way people wanted to live their lives.

“All of a sudden, it was as if people realised that they didn’t want to sit imprisoned in an office wasting the best years of their life – cabins and tiny houses became sought after retreats where work-life balance could be restored.”

Though Covid has since ebbed from our thoughts, the travel trends that were set during the peak of the pandemic have grown only stronger – with plans afoot for rapid expansion (a further public financing drive begins this week), the pioneering UKOI brand stand to be truly representative of the seismic changes that the travel segment has undergone.