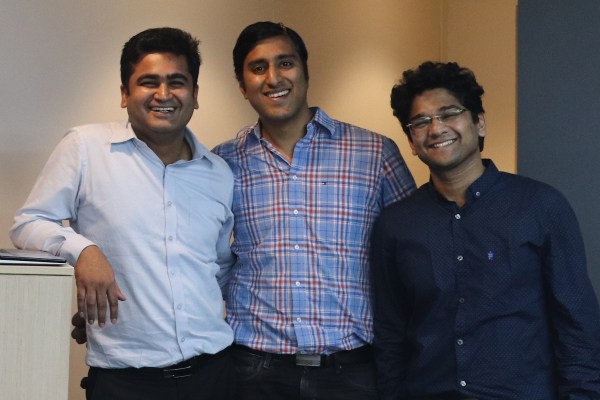 Sigmoid, a startup helping firms in the U.S., U.K. and Europe comb through their data and derive better insights from it, has raised $12 million in a new financing round following a strong year of growth, it said Thursday.

Sequoia Capital India led the San Francisco-headquartered startup’s Series B funding, which included some secondary shares purchase, the two said. The investment giant, which unveiled $2.85 billion funds earlier this year for India and Southeast Asia, has invested $19.3 million in Sigmoid to date, according to a statement.

Founded in 2013 by IIT alumni Lokesh Anand, Mayur Rustagi and Rahul Kumar Singh, Sigmoid offers analytics and AI solutions to companies around the globe. Firms operating in consumers goods and financial services categories are some of Sigmoid’s largest customers, the startup said.

Sigmoid’s journey has been remarkable. It has been in the market for about nine years, but says it initially took some time to find its “true solution-market fit,” Anand, who serves as its chief executive, told TechCrunch in an interview. As you can expect from the nature of this news item, the startup has since found its pace, expanding its revenue by more than 30 times since 2018 and making 2x growth in just one year, he said, without sharing specific figures.

Sigmoid sees traditional players including Accenture, Infosys and Cognizant as some of its key competitors in the market. Nonetheless, it believes that its mix of people, process and technology make it a different entity altogether.

“Our focus is very heavily on the engineering data products,” said Anand. “So, bringing that engineering component in analytics has helped us differentiate — and not only differentiate but deliver true value to our customers.”

Sigmoid has a team of over 500 people, aiming to double down in the next 12 to 18 months. About 80% of the startup’s current workforce is in India, with rest spread over the U.S., the UK and Europe. About three-fourths of the startup’s business comes from the U.S., he said.

It works largely with Fortune 500 corporations. A leading Fortune 500 FMCG company received an 11% improvement in its return on marketing investments, Anand said of the customers’ performance.

Sigmoid plans to deploy the fresh funds to strengthen its offerings, build new capabilities, broaden delivery centers and enhance its sales, he said.

Currently, Sigmoid has its primary center in Bengaluru, along with the ones in the U.S. — in the Bay Area, Dallas and New York — and Amsterdam. It is planning to open one center in the U.K. later this year and increase its headcount across all centers, Anand said.

“The team at Sigmoid, which stands out for its data and AI engineering excellence, are well-positioned to capture this opportunity. As long-term partners, we are excited to double down on their goal to be the premier engineered data solutions and AI provider for accelerating digital transformation for enterprises across industries,” said Anandamoy Roychowdhary, principal, Sequoia Southeast Asia, in a prepared statement.