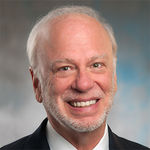 Q: In July 2021, you wrote a Legal Briefs column blasting the new Travelport GDS contract for travel agencies because of its unintelligible clauses, including some that had nothing to do with the travel business in the U.S. Since that time, has Travelport revised its standard agreement to make it more intelligible and U.S.-friendly? More importantly, given the importance of GDS-incentive revenue to our agency, are there any new clauses that could potentially affect the business terms that we negotiate?

A: Travelport has “updated” its standard contract by adding a couple thousand words to a contract that was already four times as long as the previous version. The most recent version I have seen has 19,901 words when you include the linked terms and conditions.

All the strange language about VAT, BSP, IATA Codes and the like is still there. More importantly, my analysis shows that the contract is exceptionally one-sided. For example:

Related: Getting a handle on your technology contracts

You won’t find most of these clauses in the document that Travelport sends you, as they are contained only on a webpage that is referred to by a link in the contract. So the average reader would tend to ignore the linked page, and Travelport can change its content at any time.