The startup launched its banking services aimed at younger consumers comfortable doing all their banking online in 2017. It has raised nearly $1 billion since its 2015 inception and was valued at $2.5 billion at the time of its last raise in 2021. Its backers include institutions such as Lone Pine Capital, Warburg Pincus and The Rise Fund as well as U2’s Bono and NBA player Russell Westbrook.

Today, the startup competes with Chime, Current, N26, Level, Step, Moven, among many others. Varo’s step to obtain a charter separates it from the pack in that rather than partnering with a bank, it became one.

A lot has happened since Varo took the complex, and costly, bank charter route. I caught up with Colin Walsh, the company’s chief executive and founder, to get an update.

This interview has been edited for clarity and brevity.

TC: Was it worth it for you to get a charter as a company? And if so, why?

Walsh: It was 100% worth it. It goes back to why Varo was created in the first place. For me, there was a huge opportunity in a space that the incumbents were not able to capture because a lot of it is the economics of their model and misaligned incentives.The world continues to unfortunately be made up of haves and have nots….There are a number of things you have to do to be able to give access to the system at lower cost: facilitate payments, and oftentimes in a faster way, for customers particularly who do not have a lot of money. Help people build credit and access to credit, and then over time, be able to provide access to things that create a real sense of ownership. As we move customers along on that journey, the only way to really accomplish all of that is to be a bank.

That also comes with a cost — there were no guarantees that we were going to make it through. We did but it was a difficult, lengthy process and costly process. There’s a lot of oversight in being a real bank, not just a tech company partnering with a bank, and the flip side of that is it allows us to control our own regulatory destiny. If you’re partnering with a sponsor, anything could go wrong with any number of those partners that could create a risk for the business and the business model. So we effectively eliminated an intermediary.

Speaking of these uncertain economic times, all financial institutions – including Varo – are clearly operating in a very different market than you were a year ago. One article I read had a headline indicating that Varo could run out of cash by the end of the year. What changes did you make to adapt to the new macroenvironment and avoid running out of cash?

Varo has taken immediate and prudent actions to reduce the burn rate through strategic cost reduction measures. These actions went into place in Q2 and we expect to accelerate these efforts significantly through the second half of 2022.

Our largest reduction in spend is coming from marketing. We reduced June Customer Acquisition Cost (CAC) by 64% relative to Q1. Although it was a tough decision, we also reduced our headcount [affecting 75 people] in the second quarter to ensure the long-term health of our business given the current macroeconomic challenges. At the same time, we are continuing to execute our robust near-term product strategy to support future growth.

We are still seeing strong customer growth, and still have a clear path to profitability.

Prior to the market shift, you had secured a big funding round and talked about going public. How did you go from that large raise to being in danger of running out of funds?

We did do a really big raise last year, which was hugely successful. And we were doing all the things we said we were going to do on the back of that in terms of dialing up the growth engine. Then the market has sort of changed very rapidly around us. So we repositioned the business to continue to invest and build products that customers are going to love and are going to fulfill the mission but scaled back a little bit on other areas of expense.

I think what’s going to be really interesting, over these next few quarters, is to see how the kind of tough decisions we made early on to become a bank will really make a lot of sense. For example, I’m the only one who celebrates every time the Fed raises rates 75 basis points and I think some of my non-bank lending friends see it as an existential threat. 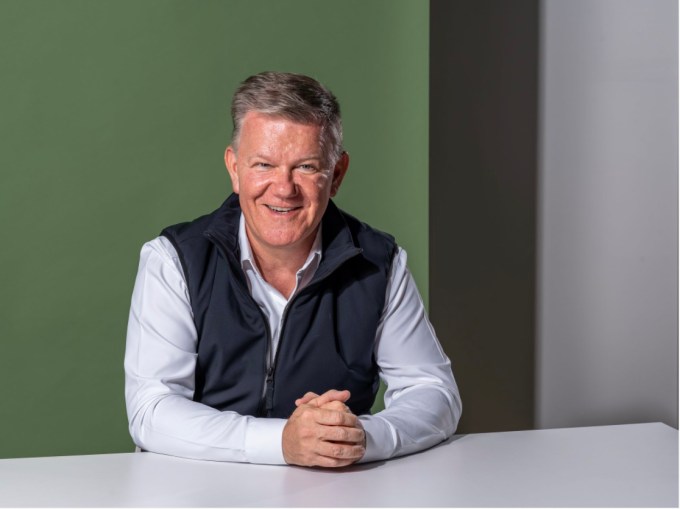 How is business going?

Note: The company pointed me to its Q2 2022 financial highlights herewhich indicates that the company narrowed its loss during the three-month period to $77.1 million, compared to $84.4 million in the first quarter. Those highlights also included the following information: “With Tier 1 capital of $219M and a leverage ratio of 37.2%, Varo’s leverage ratio is in the top 5% of all U.S. banks.” and “Economic conditions necessitate an added focus on capital preservation. Measures initiated in Q2 will significantly lower losses starting in Q3 and considerably extend runway.”

What do you think about all the increased competition, including more niche neobanks targeting specific demographics, for example?

There’s been this confluence in the last 10 years of these new banking institutions coming out and these new companies that are getting a lot of funding and spending money on raising awareness. Alongside that is a generational shift in that you now have the GenZs in their 20s. And you’ve got Millennials all the way into their early 40s. So you have a massive population of consumers that have no real embedded loyalty to incumbent institutions, and they’re enthusiastically embracing these new solutions and switching to digital banking providers, because they grew up with a phone in their hand.

It’s helpful that the more players participating continues to generate category awareness. So from that perspective, I think it actually is helpful having more players out there and everybody has their own angle.

From a business model perspective, they’re harder to scale. If you’re just focusing on a specific niche of the market, and scale does matter at the end of the day – in terms of being able to provide services to enough customers that you can cover your costs and can really get some of those economies of scale. It will be interesting to see in this market environment, whether those types of more niche plays are going to be able to attract the funding that they need to sustain themselves. I think that’s going to be an interesting thing to watch.

There are a lot of good folks out there with good intentions that are trying to do the right thing and trying to build connections.

What do you see in the future for digital banks?

From a macro perspective, funding will not be as widely available. You’re going to see some players either consolidate or find other ways to manage their business through the cycle. But I think we’re in the early days. We don’t know how long this economic situation is going to carry on, and so I think it’s going to really start to weed out the business models that are really sustainable through different economic cycles and those that are going to struggle.

My weekly fintech newsletter, The Interchange, launched on May 1! Sign up here to get it in your inbox.