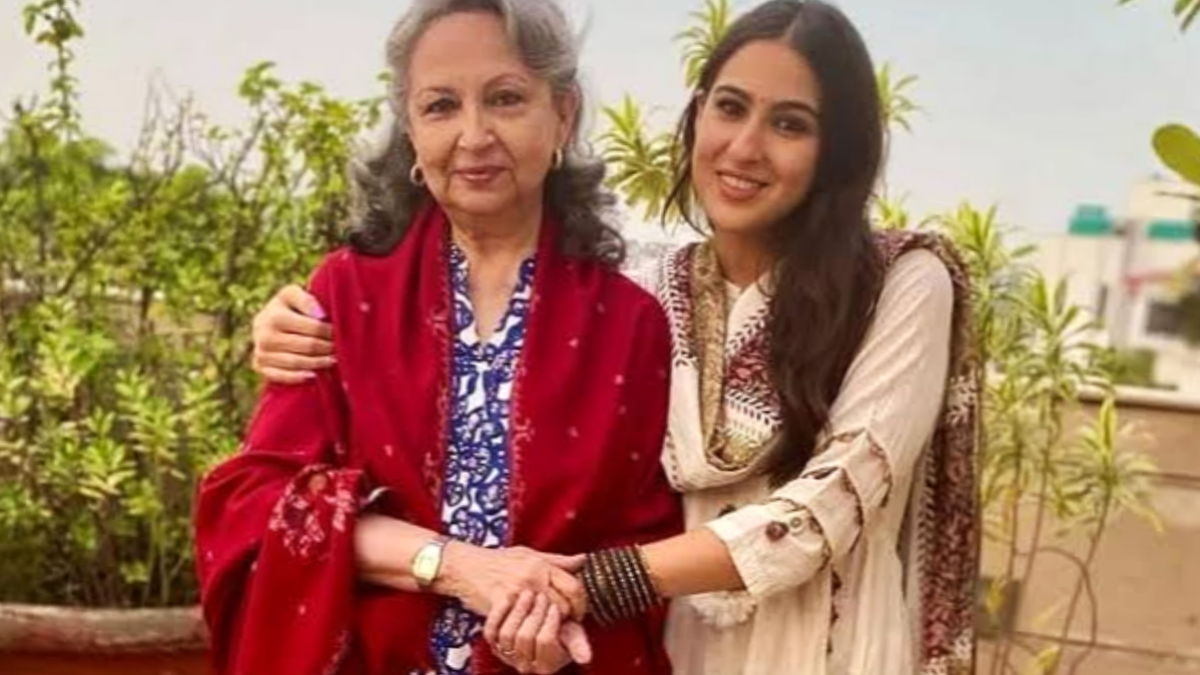 Sara Ali Khan is among the most popular actors of new generation of Bollywood. She comes from a very rich filmy background and she often keeps sharing pictures with her family on social media. In a recent media event, Sara was asked whether she’d ever like to portray her grandmother and veteran actress Sharmila Tagore on screen. Although she does have the facial resemblance, Sara said, “She’s so graceful. I don’t know if I’m graceful.”

Further in the conversation, Sara shared that she rarely talks to her grandma about her career. She stated, “I speak to Badi Amma (grandmother) quite a lot, but I don’t think I’ve actually spent much time speaking to her about her career as such. There are so many other things. She’s so well-read, interested in current events, and has a great sense of general knowledge. She’s such a classy lady and she’s had such a life. She has world views and we’ve spent so much more time talking about that than actually her craft, which I think I should.”

On the work front, Sara was last seen in Anand L Rai’s ‘Atrangi Re’ alongside Akshay Kumar and Dhanush and her upcoming projects include ‘Gaslight’ and an yet untitled project by Lakshman Utekar.