XSEED Games recently announced that it would be bringing SIEG Games’ time-travel, emotion-driven AI RPG Loop8: Summer of Gods to Switch in 2023! This beautiful-looking game might be another coming-of-age story set in a Japanese school, but it has an all-star development team and a heavy focus on building relationships and preventing the end of the world in just one month!

Set in the rural town of Ashihara around 1983, Loop8 sees you follow Nini and his class fight against demonic entities known as Kegai. But Nini and friends aren’t ordinary humans — instead, they were raised on a failed space station, and Ashihara is one of the only surviving sanctuaries on Earth. These “demons” have forced humanity to the brink of extinction, and Nini and his friends will need to use their special connection to the gods to defeat them.

Sounds pretty interesting, right? We’ve had a taste of the English voice cast in the trailer above, but why not get some more details about the game from XSEED below:

Choices That Can Change the World – Walk8’s emotion-driven AI system responds to every action and decision players make. Characters’ emotions and stories will vary greatly based on player choices, making each playthrough wholly unique.

A Beautiful Seaside Town Brimming with Mystery – A nostalgic and beautifully recreated snapshot of rural Japan circa 1983, Ashihara is home to a colorful cast of characters, each harboring their own secrets to uncover. Will players’ choices make them trusted allies…or mortal enemies?

Live an Ordinary Life, Fight Extraordinary Enemies – Build bonds with Ashihara’s residents while protecting the town from the ever-present threat of the Kegai, repeating the cycle to uncover how everyday actions impact battles in the Underworld, and vice versa.

Relive the Past to Alter the Future – Though the deadline for humanity’s extinction draws ever closer, Ashihara’s fate remains in your hands. Repeatedly return to the start of August, alter your actions, and see how they turn the tides of destiny across multiple endings.

So, despite looking like a quant, cosy anime, Loop8 is anything but. The warm, colourful town of Ashihara may be where friendships blossom, but with humanity at stake, you’ll have to spend your time wisely. But don’t forget about those Kegai, either. 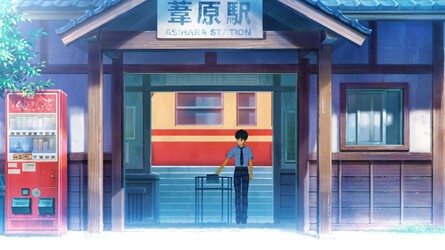 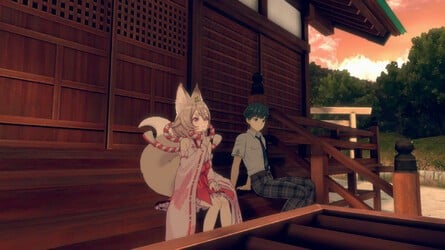 Loop8: Summer of Gods is coming to Switch, Xbox One, PlayStation 4, and PC via Steam in English in 2023, and it’s looking like one to watch out for. You can head over to the game’s official website for more details.

Are you interested in Loop8: Summer of Gods? Loop back around and tell us your thoughts in the comments!