This summer was supposed to mark the rebirth of commercial aviation after two years of travel restrictions left the industry nearly in hibernation.

Instead, it is turning into one of the most chaotic travel seasons in decades.

Flights are being canceled, and delays are becoming chronic. Baggage is getting lost. Hourslong waits for check-in, luggage drop-off and security have exasperated travelers.

It’s not just one thing going wrong. The system is under strain or breaking down at every link in the chain, and each of the problems at the airlines and airports exacerbates others.

A dearth of baggage handlers and security agents keeps passengers from checking in, leading to flight delays. When immigrations and customs at hub airports are short-staffed, passengers have sometimes had to wait on planes, an issue that affected 2,700 flights arriving in Toronto in May. All this means that pilots and flight attendants work longer days and that there is less time for overnight maintenance. Over time, crew and equipment shortages build.

Airlines around the world that received pandemic bailout money or benefited from government-supported furlough schemes hoped to avoid such headaches. They started planning their full return to the skies almost as soon as they were largely grounded in early 2020.

This year, carriers starved of revenue planned big capacity increases for the spring and summer. But some of the steps they took to shrink in 2020 have proved to be hard to reverse. They found they couldn’t staff back up quickly enough, in an industry that requires both background checks and training for new workers, sometimes involving time spent on flight simulators.

To address the spate of flight delays, some airports have imposed limits on passengers and flights, and some airlines have trimmed their newly enhanced schedules. But those moves have further upended travelers’ plans.

“We stretched ourselves to try and grab and secure as much of the revenue pie as we could,” said

chief executive of Delta Air Lines. “We did get caught off guard, as I think everyone in the industry did to some degree.”

Delta has since pulled back its flying plans, measures it says have helped stabilize operations that were beset by delays and cancellations in May and June. That has come at a financial cost. Delta isn’t planning to add more flying for at least the rest of the year, even as demand remains robust, executives said.

U.S. domestic traffic has been humming for the better part of a year, though at a lower level than in pre-Covid days. Countries have dropped many international travel restrictions. But while the majority of flights arrive as scheduled, disruptions are up significantly both from the past quiet two years and from the period before the pandemic. 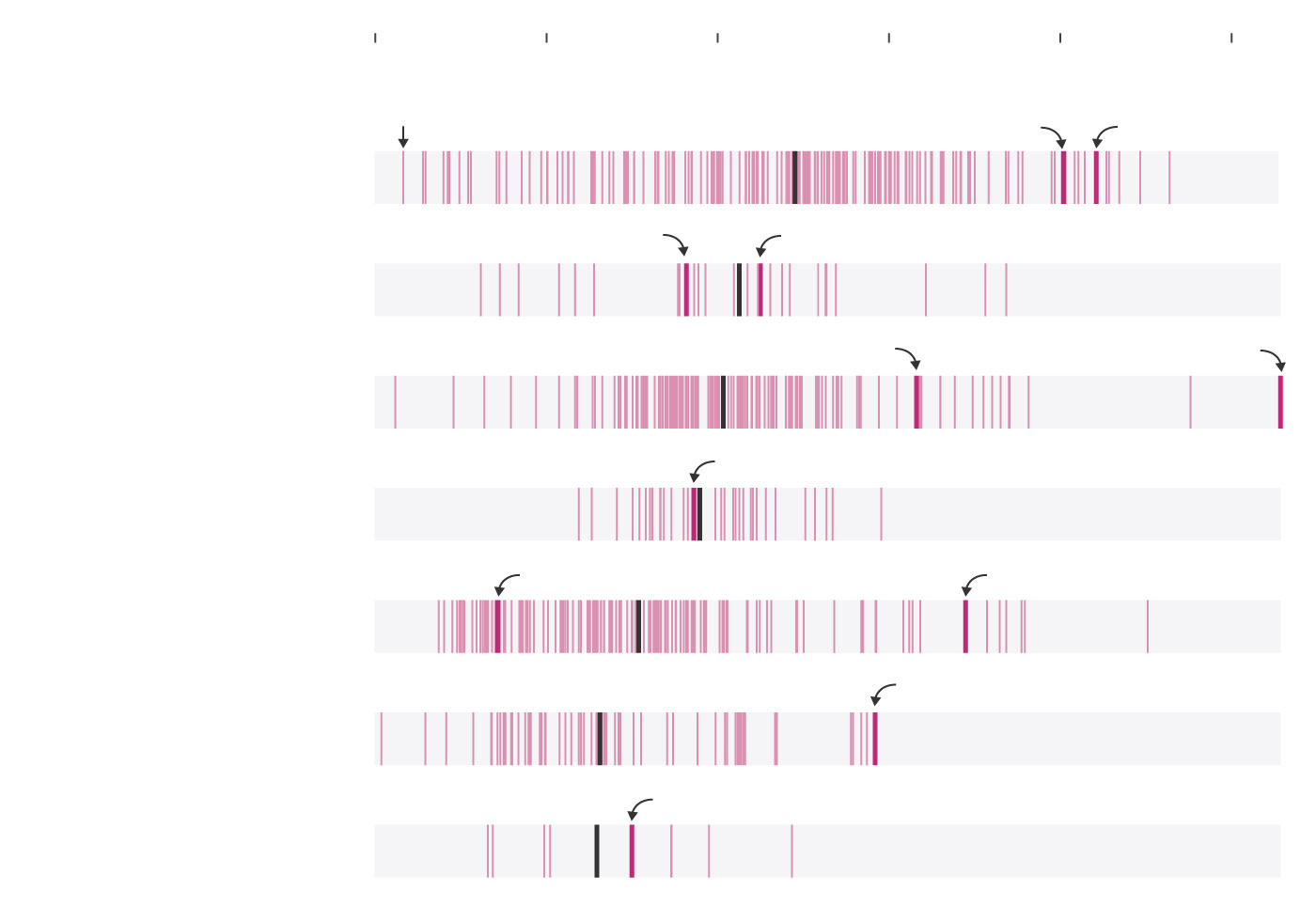 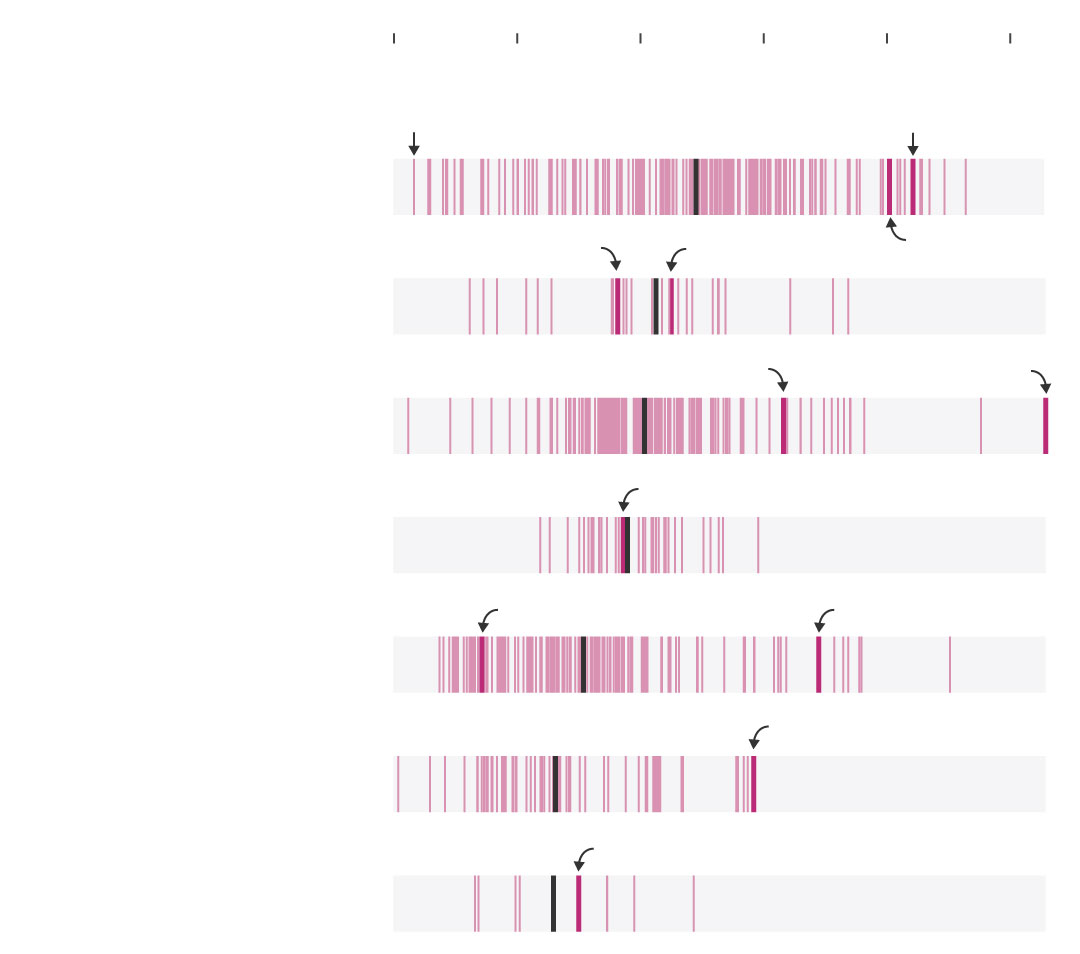 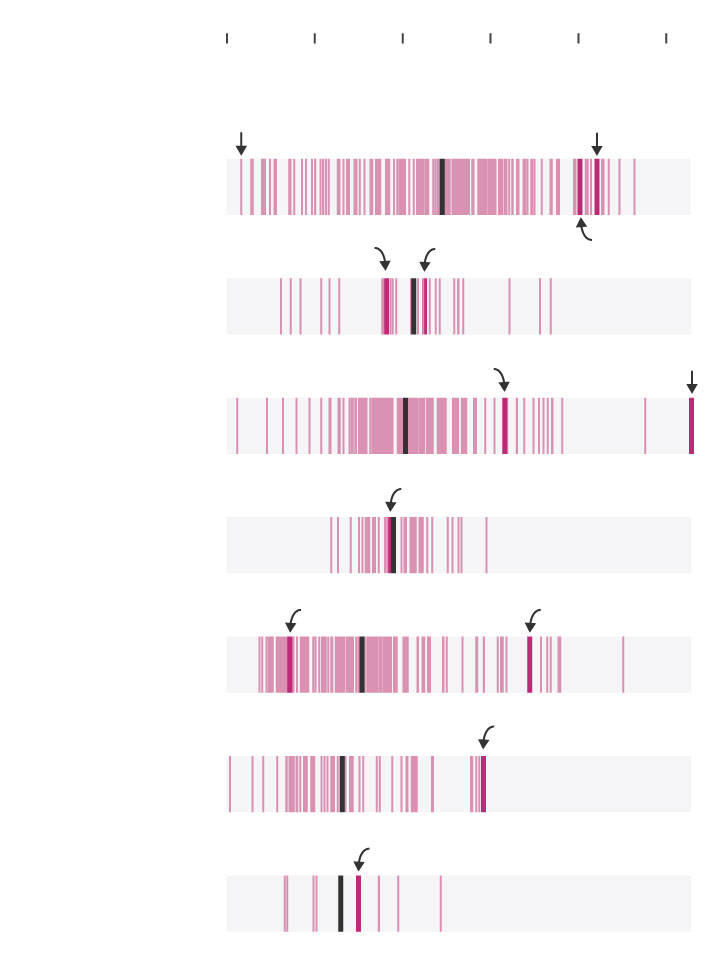 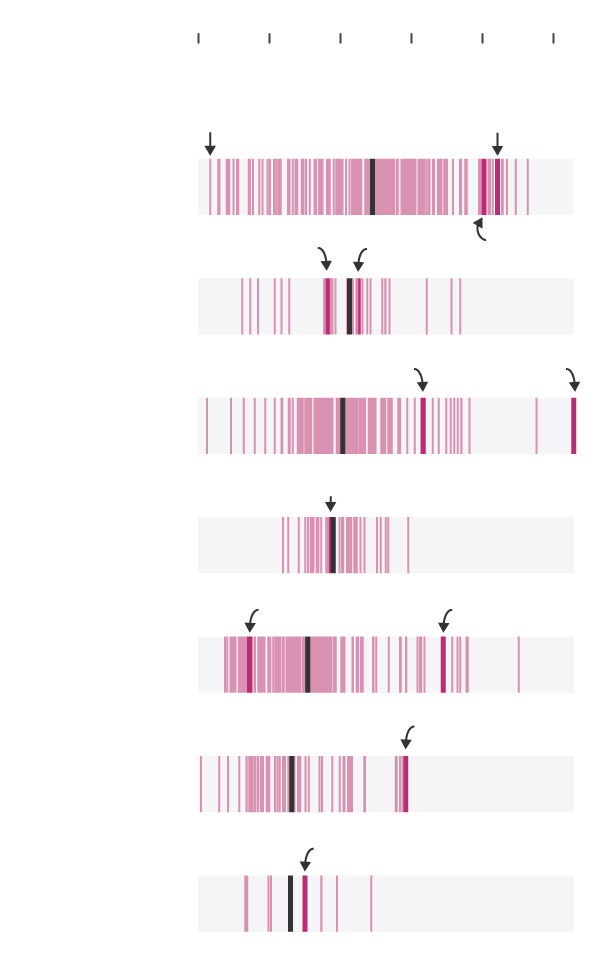 Toronto Pearson International saw 52.9% of flights between June 1 and July 12 depart late, according to flight data specialist FlightAware, the highest percentage among airports with 1,000 or more completed flights. Frankfurt Airport in Germany and Paris Charles de Gaulle had delays in 46.4% and 42.8% of departures, and London Heathrow in 40.2%.

Outside of China, where the zero-Covid policy has hobbled airlines, Newark Liberty had the highest percentage of cancellations from June 1 to July 12—7.8% of departures scrapped, vs. 4.5% in that period of 2019, according to FlightAware. LaGuardia in New York had 7.2% canceled in the same period, also a steep rise from 2019.

In good times, a day in aviation unfolds like a minutely choreographed global ballet, ferrying passengers and their bags through airports, onto planes, into the sky and back down again.

Usually, there’s enough redundancy built into the system to limit the disruption from anything that goes wrong. The difficulty in hiring airport and airline staffers has meant that redundancy isn’t there now.

“The question on everybody’s lips is, ‘Where have they all gone?’” said

president of Emirates Airline, at an event last month. “There are hundreds of millions of people that have disappeared from the labor market.”

The pressure points include too few ground handlers to load and unload luggage, a long training period for new or rehired pilots, continued absences from Covid-19 and shortages of the air-traffic controllers crucial for safe flying.

London Heathrow Airport, which has been a focal point for staff shortages and resulting havoc, last week followed London Gatwick, Frankfurt and Amsterdam’s Schiphol in restricting airlines’ operations. Heathrow, which before Covid-19 was the second-biggest airport for international traffic after Dubai, said it would limit departing passengers to 100,000 a day through Sept. 11, which is 4,000 below what had been scheduled.

A spokesman for Heathrow said that passenger levels have returned to about 80% to 85% of before the pandemic, but airline-handling teams are only about 70% staffed. The airport has said that many airlines, which are responsible for their ground handling and luggage operations, are also understaffed.

Swissport International Ltd., an aviation services and baggage handler at many airports, is currently trying to fill about 17,000 jobs, offering sign-on bonuses of $5,000 at some U.S. airports. Smaller competitor Menzies Aviation had 1,800 positions it was trying to fill as of June 30.

The work demands, which can include shifts seven days a week and nighttime hours, mean the job often isn’t attractive enough to compete with vacancies in other industries. Potential recruits are also spooked by the mass retrenchments the industry went through just two years ago and the possible impact from an economic downturn, according to Menzies CEO

“You see the uncertainty in people’s minds,” he said. “What happens after summer? Is there going to be a recession?…Do I have a job if I go there now?”

He said the biggest bottleneck involves the new-employee background checks required for airport staff. The process takes 60 days on average, but up to three months in some jurisdictions.

Among the worst shortages are at teams that handle baggage, resulting in a scourge of lost and misplaced suitcases this summer. On July 11, Delta flew an Airbus A330 from Heathrow to Detroit with no passengers and instead just 1,000 bags that had been lost.

has at times sent baggage handlers along on flights to Amsterdam because there weren’t enough ground staff there. One Icelandair customer-service representative went to Amsterdam to sort out lost bags and ended up helping coordinate a plane with more cargo space to send luggage back to Iceland, said

“We just have to find creative solutions,” she said.

Data on lost luggage isn’t widely tracked, but SITA, a Swiss-based firm that manages baggage-tracking software used by airlines, said passengers flagged three times as many mishandled bags from January through March as in that stretch of 2021. In April through June, the figure was five times that of a year earlier, SITA said.

Mechanical failures in baggage systems at Toronto Pearson airport recently led to piles of bags being stashed alongside baggage carousels. Heathrow in June had an outage on suitcase conveyor belts that forced it to store thousands of bags it couldn’t get to passengers. Hundreds of bags were lined up on the concourse outside one terminal after it ran out of storage space inside.

When the pandemic drastically cut flying in 2020, carriers encouraged thousands of their pilots to retire. Reversing course, large U.S. airlines have hired more pilots just since Jan. 1 than in any other full year, according to FAPA.aero, a pilot-career advisory firm.

Pilots need training at their new airlines, which with so many coming aboard means long waits for time with the limited number of flight simulators and instructors. At Delta, about 1,600 pilots, more than 10% of its total, were in training over the course of last month, Mr. Bastian said.

also had hundreds of pilots who still required training on specific aircraft. In addition, the company has more than a thousand flight attendants sitting at home waiting to get qualified, said CEO

Sun Country Holdings Inc., a low-price carrier based in Minneapolis, kept on a lot of its pilots when the pandemic began because it also has a cargo operation. But this year they started getting hired away by large airlines that were ramping up operations.

One result for Sun Country was a bigger burden on its pilot training resources. The time for pilots from hiring to being ready to fly passengers for Sun Country has lengthened to 115 days from 75, said CEO

“There’s just a lot of people to try and force through that pipeline.”

Mr. Bricker said it used to be straightforward for airlines to estimate how many pilots would leave and thus how many would need to be hired and trained. “Now it’s really, really complicated,” he said.

What did airports and airlines do wrong this year and how should they fix it? Join the conversation below.

Illness and Covid-19 absences add to the complications. Eurowings, a discount carrier owned by Lufthansa, had to cancel a return flight to Heathrow on July 5 after a crew member fell ill and Eurowings didn’t have sufficient reserve staff to fill the gap; all were filling in for other shortages.

In Melbourne, Australia, about 8% of flights have been canceled since the start of June, by preliminary figures, the majority to and from Sydney. “The rebound in four months has been unbelievable, and quite often people say, ‘Well, why weren’t you prepared for it?’ ” said Jim Parashos, Melbourne Airport’s chief of aviation. “Well, we had probably six or seven false starts over the last two years with Covid outbreaks and new variants.”

In the U.S. and Europe, some airlines complain that staffing constraints in air-traffic control also prompt delays that jam up flights. Airlines held talks on the issue with the Federal Aviation Administration after storm-related flying disruptions this spring that the airlines said were worsened by air-traffic-control delays.

The FAA said that there are multiple factors at play, including airlines’ own staffing levels, and that air-traffic control staffing isn’t responsible for the majority of delays and cancellations.

has skimmed a few percentage points off its summer capacity, compared with the plans it had at the start of the year. Said its CEO,

: “You just have to take a lot, a lot more care in how you develop a schedule and make sure your staffing is done right, because there are so many variables today.”

Write to Benjamin Katz at ben.katz@wsj.com and to Alison Sider at alison.sider@wsj.com.