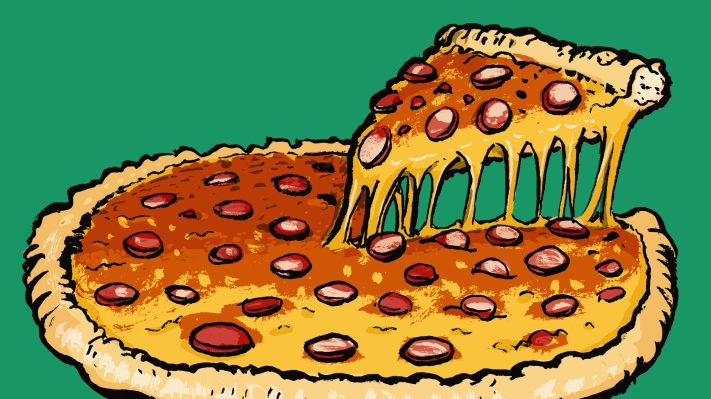 The burgeoning food tech revolution continues apace with news that French startup Standing Ovation has raised €12 million ($12 million) in a series A round of funding to develop an animal-free casein for use in cheese.

Casein, for the uninitiated, is a protein found in dairy products, and which constitutes around 80% of cow milk — it’s also what gives milk its white appearance. While the vegan cheese market was pegged as a $2.5 billion industry in 2021, most people would agree that it’s not quite up to scratch with its milk-based counterpart, and a lack of casein is a major reason for this — aside from color, casein is responsible for nutrients, smell, and and even the physical “functionality” in cheese, such as the stringy elasticity that’s distinctive of mozzarella.

Founded out of Paris in 2020, Standing Ovation essentially replicates caseins in a lab setting, and it achieves this through a “precision fermentation” process to recreate what is a core ingredient for non-animal, lactose-free dairy substitutes. Ultimately, it’s all about reducing our reliance on animals and trying to save the planet — a problem of gargantuan proportions.

“Casein is the holy grail for the production of alternative options that match conventional products in nutrition, taste and texture, yet it has remained notoriously difficult to create,” Eric Archambeau, cofounder of Astanor Ventures which led Standing Ovations’s investment, said in a statement.

Standing Ovation is far from the only company working on this problem — investors are salivating over businesses such as Israel’s Remilk and San Francisco-based New Culture. And more broadly, food tech startups are working on all manner of synthetic protein alternatives, with lab-grown meat and seafood edging their way closer toward consumer markets. And then there are companies such as Cultivated Biosciences, which are using funky new techniques to create vegan-friendly foods that have a similar creaminess and “mouthfeel” to that of real dairy products.

The vegan food market was a $27 billion industry last year, so it’s clear why investors lining up behind all these companies. And in fact there are now dedicated VC funds purely for food tech startups, with France-based Five Seasons Ventures and London’s Synthesis Capital launching nearly $500 million in funds between them in the past year.

With $12 million in fresh funding from Astanor Ventures, Peakbridge, Seventure Partners, Big Idea Ventures, Good Startup, and an undisclosed “leading player” in the food industry, Standing Ovation is now well-financed to develop animal and lactose-free substitutes for cheese and other dairy goods. Indeed, product development and R&D are only some of the hurdles Standing Ovation and its industry counterparts have to contend with — they will also have to go through stringent regulatory processes in each of the markets they want to make their products available in.