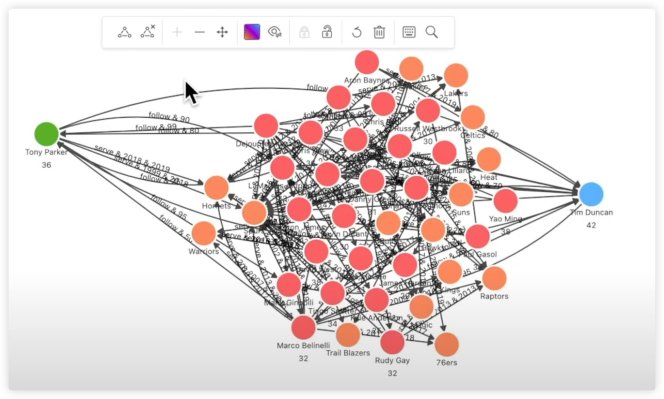 Graph databases, which store information in nodes and relationships instead of tables like Excel sheets, have grown in popularity amid an explosion of data across industries. While TigerGraph and Neo4j have dominated the Western market, China is seeing its own homegrown pioneers in the space.

NebulaGraph is one of China’s fastest-growing startups offering graph databases with open source and enterprise subscription options. Two years after we covered its $8 million funding round, the company announced this week that it has closed a Series A round led by Jeneration Capital. The company did not specify how much it has raised, only saying it’s in the “low tens of millions” of dollars.

Other investors in the round include Matrix Partner China, Redpoint China Ventures and Source Code Capital.

NebulaGraph has recorded some encouraging growth over the last two years, during which its user number soared to over 900 from just 60, including freemium and paid ones. The types of users have also broadened. Two years ago, customers were mainly using NebulaGraph to explore data relationships on social media, e-commerce and fintech platforms. Since then, the startup has attracted companies from the manufacturing sector, the most surprising ones being electric vehicle and airplane makers.

The EV supply chain is highly sophisticated and each car sale can generate reams of data from the design stage to after it ships, said founder and CEO Sherman Yu, who previously worked at Ant Group and Meta. Even a small defect in a nail could have a big ripple effect on the vehicle, so manufacturers keep a mountain of information detailing the conditions of various parts, such as which supplier and even worker is responsible for them.

That’s not the end of data collection. In today’s hyper customization, internet-connected vehicles are also learning driver and passenger behavior. That means auto companies need more robust tools to process the ocean of data they own, which is where graph databases come into play.

“You could still find relationships in data before, but relational databases become very slow as the data set grows,” explained Yu. Much of what NebulaGraph does for its customers is real-time, like shopping recommendations, so speed is critical.

Some 90% of the company’s users are in China, but like many maturing open source SaaS firms, NebulaGraph has a vision of venturing into the West and building a global developer community. The company’s plan to open an office in the U.S. was “stalled” by the COVID-19 pandemic, Yu said, but it’s retooling resources to bring back global expansion in 2023.

While many of China’s consumer-oriented startups are going global as regulatory uncertainties rise at home, NebulaGraph wants a piece of the Western SaaS market because it’s “more mature,” said Yu.

With the world’s largest internet population, China clearly has an abundance of data to mine. The problem is that from scrappy startups to deep-pocketed corporations, the willingness to pay for SaaS remains low. That’s in part due to China’s long history of software piracy and its relatively low labor costs, which make workplace automation less urgent than in the West.

There’s also a legacy accounting issue, Yu explained. Till today, China still hasn’t formally classified computer software — whether it should be categorized as assets or costs, making it tricky for companies to do their books.