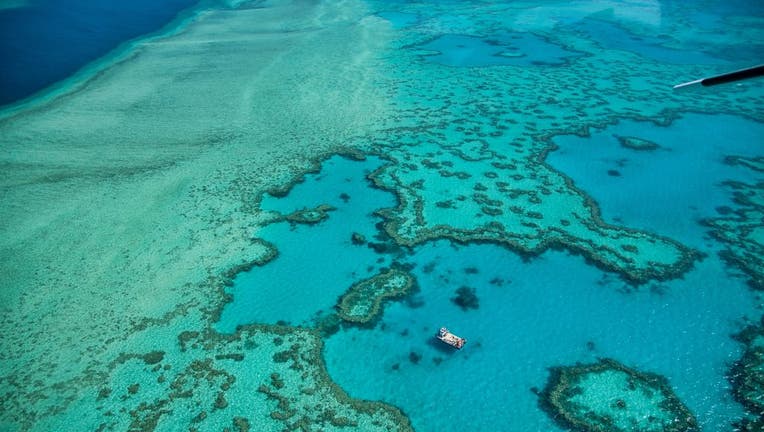 It’s a popular dream – quitting your day job to go travel the world. No responsibilities, no schedules.

But, of course, nothing in life is free. How much exactly would it cost to travel the world?

Many factors affect the answer to this: how long you want to stay abroad; what countries you want to see; what types of accommodations you’re willing to stay in.

Perhaps the easiest way to figure out your budget is to work backward and figure out how much will it cost per day.

Several popular travel blogs, such as A Little Adrift, Never Ending Footsteps, and Earth Trekkers, all agree that a baseline of $20,000 per person for one year is doable. This averages out to just over $50 per day.

Here’s how you can figure out your magic number.

If you’ve ever been on a vacation before, the idea of spending only $50 per day probably seems completely unattainable. Especially because that includes lodging.

But traveling for a year doesn’t mean every day will be spent in luxury; you won’t be eating every meal out at restaurants, going on excursion after excursion. Sure, there’s room in the budget for those treats every so often — just like when you’re living at home.

Traveling the world gives you time to slow down and immerse yourself in the local life.

Hostels (some with private rooms, even), some hotels, and Airbnbs offer long-term stays that can often average out to just dozens of dollars per day — especially in smaller towns outside of major cities and in more affordable countries. More on that below.

Staying in a place with a kitchen is also a must to bring down food costs.

And, depending on where you stay, taking advantage of mass transit instead of renting a car will also help your budget.

RELATED: This is how much money you need for a wedding in 2022

The countries you visit matter

If you’re trying to stay on a budget, the easiest way to keep your costs down is to prioritize travel to countries that are more affordable. Switzerland, notoriously, is one of the most expensive countries to visit while, say, Thailand, is known for offering lodging and meals for just a handful of dollars.

And speaking of dollars, another factor to consider is the country’s currency and the exchange rate.

For example, travel to Europe has always been pricier because the euro overpowers the dollar. But, as of late, the two are on par now due to inflation, meaning travel to many European cities right now comes at a relative discount.

But, aiming for a $50 budget per day won’t be as achievable in Europe as staying in countries in Asia, Africa or South America. Australia and New Zealand are more expensive options as well.

What else impacts the budget

The two biggest expenses to consider are flights and accommodations.

In the shared budgets of two of the travel bloggers mentioned above, the average cost of all their flights came in at about 18% of their overall costs. If you’ve ever flown domestically in America, that low of price might seem unbelievable.

But domestic travel between countries in Europe or Asia is incredibly cheaper than domestic travel in America. You can often snag flights for less than $100 — especially if your timeline or destination is flexible.

Your accommodations will also take up a big percentage of your budget. If you’re willing to stay or two- or three-star accommodations, staying within a budget of $50/day will be doable.

Another tip: the more frequently you move to a new location, the higher your day-to-day costs will be in order to keep up with your flight, train or taxi ride. Slowing down your pace will help keep your expenses down.

RELATED: This is how much money you need to raise a child in the US

Splurging on your travel

If European countries are on your must-visit list, the travel blogging experts say you can expect your daily budget to at least double, possibly triple.

That would mean you’re looking at a cost of at least $40,000 per person to travel for a year.

Opting for four- or five-star hotels will up your price, too. Some higher-end hotels could cost you hundreds of dollars just for one night.

To combat that, consider splitting your time between some expensive countries more affordable ones. You’re traveling to see the world, after all, which means a mix of cultures and continents.

RELATED: From deep sea to outer space, tourism is now reaching the ends of the Earth

You could also consider splurging for a night or two every so often at higher-end hotels, and opting for more modest accommodations in between.

Either way, simplifying your budget by thinking about how it averages out per day can be a helpful tactic as you begin planning the trip of a lifetime.

This story was reported from Detroit.