Railroad workers across the nation are preparing to go on strike, and that could lead to travel chaos for commuters across the DMV. FOX 5’s Sierra Fox reports.

MANASSAS, Va. – Some of the nation’s largest labor unions for railroad workers and the railroad companies they work with are not seeing eye-to-eye on a new contract. If no deal is made by Friday —  your travel plans could be chaotic.

If you take the train to work in Virginia, D.C., or Maryland, or if you’re someone who has travel plans this weekend, you might want to consider having an alternative route as a backup because the railroad could shut down due to a possible labor strike at the end of the week.

In the D.C. area, transportation agencies are alerting passengers to find alternative routes.

The Maryland Department of Transportation says the strike would result in the immediate suspension of all service on two of its three MARC commuter lines serving the district, one to Baltimore, and another to Martinsburg, West Virginia.

The railway express depends on CSX and Norfolk Southern-owned tracks in Virginia. Both companies face the risk of a strike, so the rail line says all train service would be suspended until a resolution is reached.

As for Amtrak, the busiest trains in the region along the northeast corridor between D.C. and Boston would not be affected. 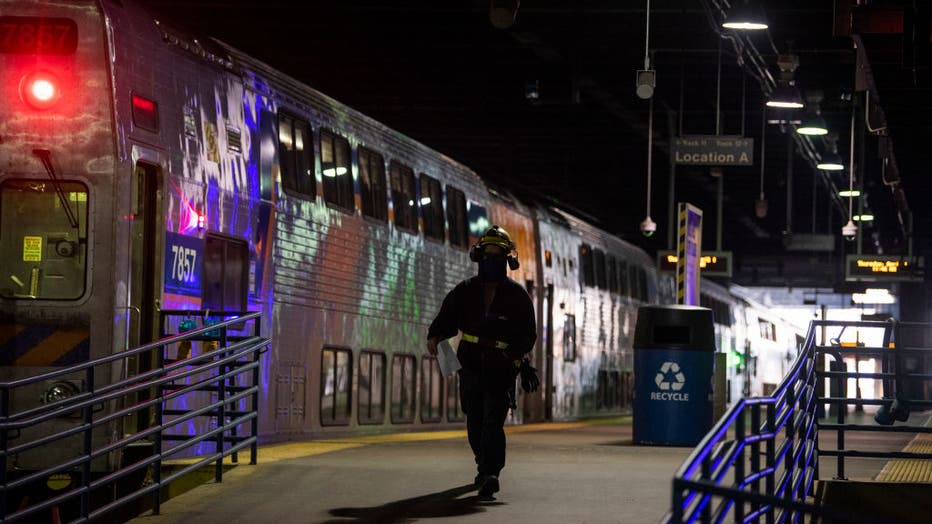 UNITED STATES – APRIL 1: A worker is seen on the Amtrak train platform in Union Station in Washington, D.C., on Thursday, April 1, 2021. (Photo By Tom Williams/CQ-Roll Call, Inc via Getty Images)

Here’s how a possible railroad strike could impact AMTRAK, MARC and VRE service in the DC area

Railroad union workers are threatening to strike as early as Friday for reasons including higher pay, more generous paid leave, and a renegotiation of strict attendance policies that makes it difficult to take time off.

Two of the largest unions, The Brotherhood of Locomotive Engineers and Trainmen and the Smart Transportation Division, which represents half of railroad union workers (approximately 60,000 people) are still negotiating.

Jim Mathews, President and CEO of the Rail Passengers Association, explained to FOX 5 how freight workers are feeling.

“They’re very frustrated and I think rightfully so. The issue here isn’t money and a lot of folks have assumed this was about pay raises. They’ve certainly gone for a long time without pay raises and with inflation that means their checks are even less and that’s a real concern, but the main issue they’re concerned with is work rule changes,” Matthews explained.

There is a lot of uncertainty and you may be wondering what could happen next. According to Mathews, there are 3 possibilities: There could be a strike causing railroads to shut down. Negotiations could continue and both parties agree it’s not worth canceling trains or there could be a settlement last minute.

Amtrak is giving full refunds if your train was canceled and passengers can also change their reservation until Oct. 31.